Immortals are beings who are immune to most physical damage, many forms of magic, diseases and most forms of mundane illness. Immortals also possess eternal life and they are forever young. Although all gods are immortal, not all immortals are gods. There are many creatures that are immortal but lack many of the other supernatural powers of gods. Occasionally, half-gods are immortal, but they more often inherit some other ability from their divine parent, such as incredible strength, unending stamina, or supernatural powers. Satyrs as a race are immortal. A mortal being or creature can become immortal if they were to ingest a Golden Apple or Ambrosia (the latter of which usually conferred divinity as well) or granted immortality by powerful gods.

There are three known sources of immortality:

Immortality also grants regenerative powers. Just how quickly this power acts depends on the level of immortality the individual has. Deities, for example, are fully immortal and can heal instantly from most physical damage. Half-gods, however, still recover faster than mortals, but not as quickly as full deities.

Gods are generally entirely immune to attacks from ordinary mortals, though half-gods and other beings with supernatural powers are capable of causing them some injuries and even killing them in rare circumstances. Half-gods can be killed by mortals and mundane weapons, though they can sustain considerably more damage before succumbing to their injuries.

Gods can, however, be slain by anyone, mortal or otherwise, with the help of some artifacts. The blood of a Golden Hind, a Rib of Kronos, the Dagger of Helios and the Chakram of Light can kill immortals. Gods are also capable of killing one another, though this sort of activity is typically very tightly controlled by whatever pantheon that god belongs to. Exceptionally powerful deities, such as the One God, can imbue mortals with power to kill immortals. Xena was granted the power to kill gods and other immortals for a time.

Finally, the ruling god of a given pantheon, such as Zeus or Odin, has the ability to revoke the immortality and even supernatural power of a god of lesser power, turning them into an ordinary mortal. Gods also have the ability to willingly give up their power and immortality, including transferring this immortality to a mortal, either to transfer their power itself (as Zeus once did for Hera), or to heal their injuries (as Ares once did to to bring Eve and Gabrielle back to life). 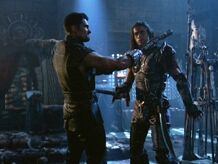 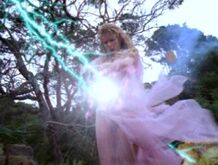 immortality / invulnerability
Add a photo to this gallery
Retrieved from "https://hercules-xena.fandom.com/wiki/Immortality?oldid=77790"
Community content is available under CC-BY-SA unless otherwise noted.