Argos was a city located on the northeastern coast of Argolis in the Peloponnese. It's patron goddess was Hera and it was home to the hoplites. A large silver mint was located in Argos.[1]

The city had been known to be continually at war with Sparta.[1]

Hesiod believed that, with the Titans Hyperion and Theia on his side, he could become ruler of Argos and Sparta[2].

Xerxes, the Lord Emperor of Argos for many years, ruled as a tyrant. The Black Wolf and her "Wolf Pack" fought against Lord Xerxes, resulting in his death. Following this, the Wolf Pack sought to use friends in the government to restore order to Argos.[3]

Sometime thereafter, the former King of Corinth, Jason, became ruler of Argos. Due to the murder of his family, Marcus acted as regent. Marcus conspired with Castor to depose Jason and briefly replace him as King. Following the Second Expedition of the Argonauts, Castor and Marcus were both killed and Jason became proper ruler of Argos[4].

Jason would later be restored as King of Corinth[5] and would be succeeded as King of Argos by King Pheidon.[1] 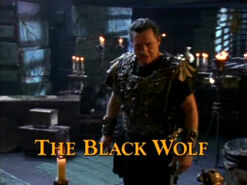 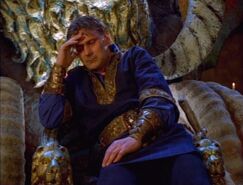 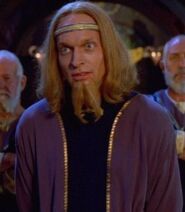 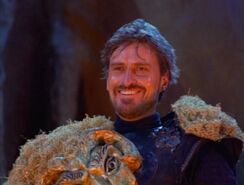 Argos was seen twice, first in "The Black Wolf" then a three weeks later in "Once a Hero." It was only referenced one other time, briefly, in "The Titans."

It is possible that Iphicles also ruled Argos for a short time, as he succeeded Jason as ruler of Corinth.